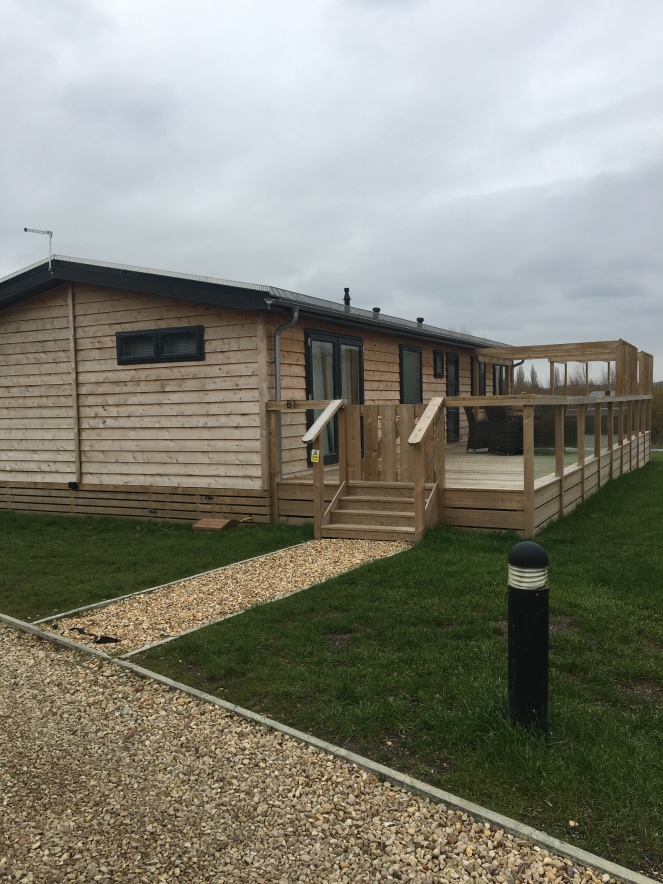 Back in late November, three friends and I stayed in a cabin in Berkshire for two nights. The company is called The Dream Lodge Group. The original cabin was found on Wowcher, but I think we ended up booking direct, which was good as was offered a very cheap upgrade! We ended up staying in a La Grande Casa with a hot tub.

We arrived Saturday afternoon and left late Monday morning. The weather wasn’t great, but we didn’t care as we was just there to hibernate for two days!

We did a food shop on the way – we bought goodies, prosecco, dinners and breakfast foods. We also came prepared – I bought Cards against humanity with me, another friend bought DVD’s (the cabin supplies a DVD player and a few DVDs), a speaker for music – we was set!

The cabin was lovely, really nicely decorated and laid out. Lots of space for four of us – two bedrooms with double beds and two bathrooms. Plenty of seating – bar stools in the kitchen, dining table for six, and two sofas! 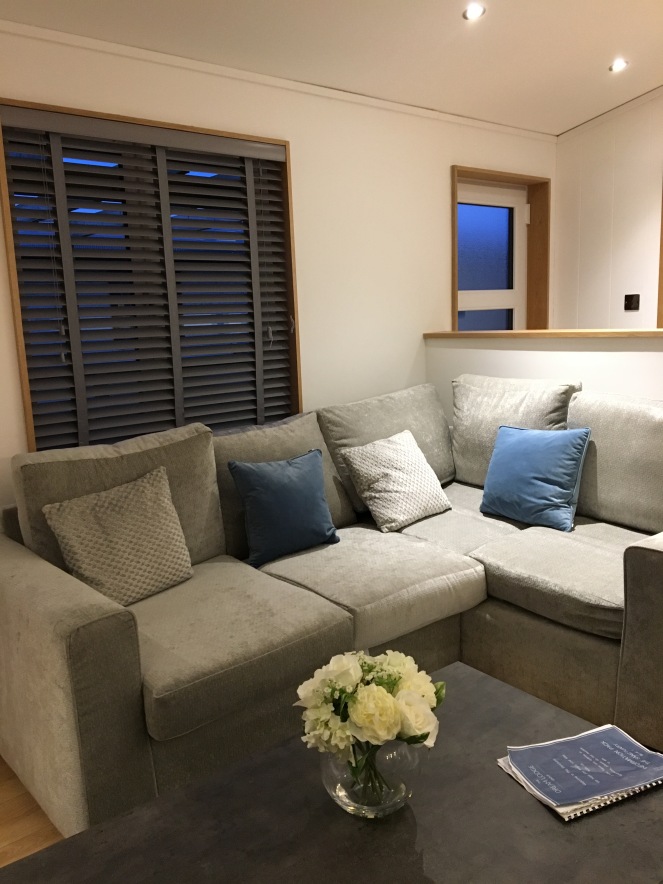 Outside on the decking which wrapped around half of the cabin, was the hot tub (it did feel like it needed a roof, or some side enclosures), was another set of table and chairs, and a mini outdoor kitchen with a place for a mini BBQ! 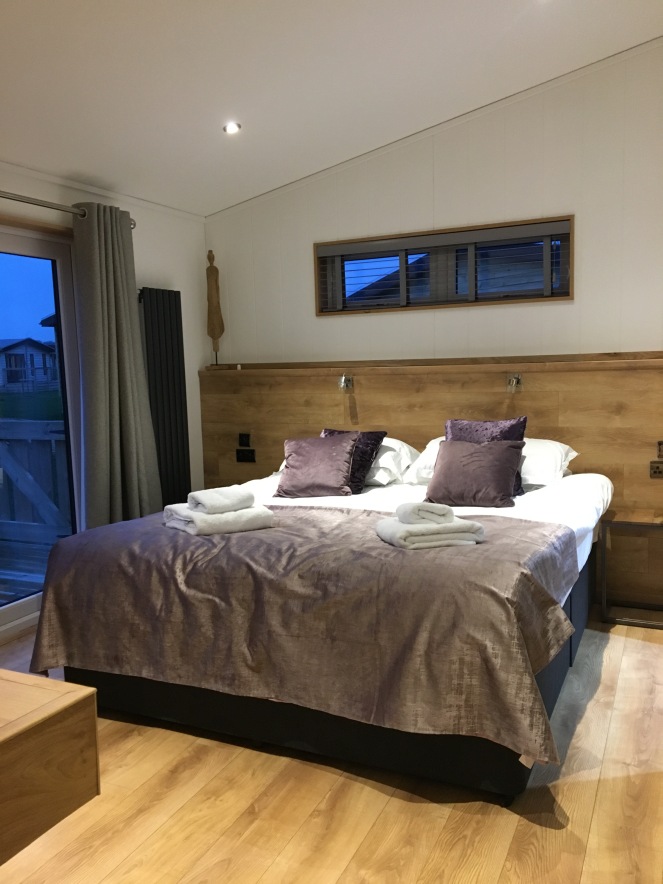 The staff were nice, the actual grounds (on this particular site) aren’t still 100% completed but we rang them with a small issue and they was there in minutes. They helped unload the car and take the cases to the cabin (it was less than a minute walk!), we had a box of chocolates left for us (they had ran out of prosecco). 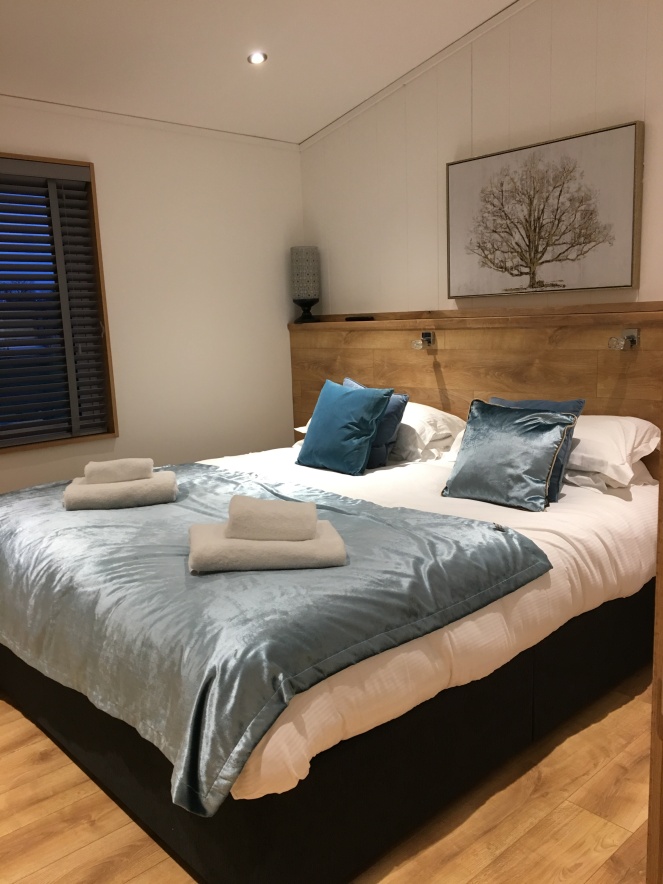 The hot tub was lovely, a really big sized one with temperature and lights you could control.

Another highlight was the bath in the main bedroom, we wish we had bought some Lush goodies to fully appreciate it! Next time, we will!

Overall, it was a really nice cabin, the finishes felt high end and it felt new. We would definitely stay again with The Dream Lodge Group, maybe at a different location. I feel like Forest Holidays have monopolised the cabin holidays recently (but they are expensive!) so maybe look up this company to see if there is one near you to travel to?!

It’s not much of a post, but just wanted to highlight this company if anyone was looking into / researching for a cabin break next year, and hoping the photos help! 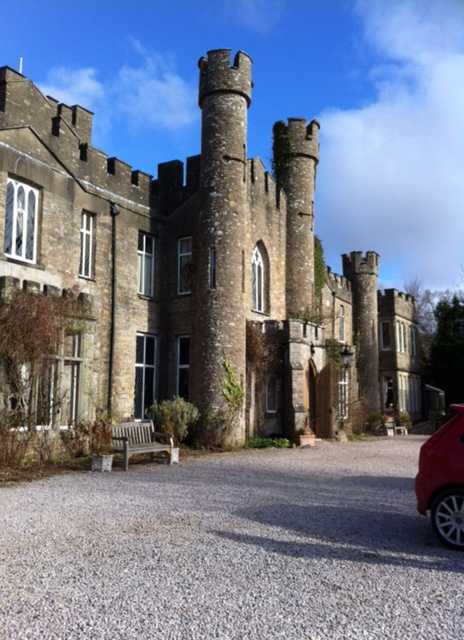 A few years ago, my boyfriend and I stayed in one of the most unique hotels ever! We stayed three nights.

It was a castle! A couple had bought, and then converted an actual castle. They then converted into a hotel, and also live there. It’s located in Cumbria, which for us is quite a drive, but I’m glad we went.

Each room is completely different, when we stayed – there was only 12. They have added some addition’s / changed a few more rooms since. We stayed in the Middlesmoor – which they describe as ‘ Elegantly decorated in blue & gold with a leaded bay window extending the entire width of the room. The bed is dated the same year as the castle was built. The bathroom is delicately decorated in blue & white with an original nineteenth century corner basin’.

What I truly loved about this place was the open door policy. On your room key, is also the front door key to the castle. So you can come and go as you please, and let yourself in. They also had a honesty bar (I had never heard of this until this stay!). They had a whole bar with a big selection of drinks, you go helpful yourself, then just write in the book left in there – your room number and what you had! That then gets added to your bill, no miniatures here!

There was rooms – Drawing Room, Great Hall, Dining Room, Music Room and Library all over the castle in which you could explore, and just chill out in. The family also had their own dog and cat which roamed the castle.

The food was lovely, we pre-booked a dinner one night, which is held with the rest of the guests in the dining hall and the breakfast was so good! So many different option’s.

We also visited The World of Beatrix Potter attraction. That was a little cute hour! 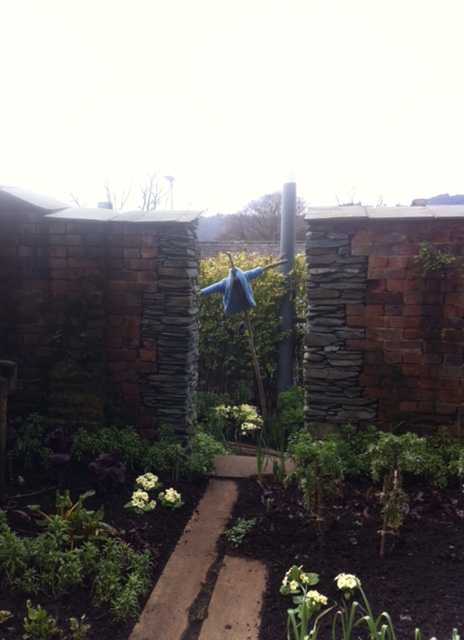 But the main attraction for me, was the Castle. I really loved it, and even though we stayed over four years ago, I still talk about it! They also offer afternoon tea and weddings now!

Sadly I don’t have many photos!

Highly recommended, here is the website link to have a nosey! http://stayinacastle.com/

A few weeks ago, my fiancé and I, his brother and girlfriend hired a cabin at Forest Holidays. we chose the Blackwood Forest location, as that is the nearest one to us. I have previously stayed here, and also been to another site.

It had been booked for a good few months as they go quick! We did the three night stay – Friday to Monday. You can also do the Monday to Friday, or week long stays etc.

It really is such a lovely cabin, there are spacious, we had a 2 bedroom one which also has two bathrooms, space for two cars and the hot tub! 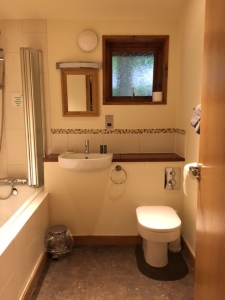 There is decking out the back with a table, and a rack for disposable BBQ’s. You have a TV, on which you can add a internet package – which would then include wifi and sky movies.

There was 62 cabins at this site, but it doesn’t feel like it! They are all spread out and you have your own space. They encourage you go to for walks, there is lots of activities you can book, and there is also dog friendly cabins.

At the centre is the Forest Retreat – which is reception, a restaurant, bar and shop! This has tables inside and out, and is open all day.

Whilst we there, I organised a trip to the Bombay Sapphire Gin distillery, as we had booked with Forest Holidays, we actually got a discount on our ticket! This was a nice few hours out. It was quite a big site, and is actually one of the only distillery’s to win a BREAM award. You are given a map which has a chip in – this is then interactive with points all round where you listen to a spoken recording. You go inside the botanical gardens. A fun part was the Aroma card room – you smell lots of ingredients, whole punch a card and from that, it gives you an idea of what gin cocktail to choose at the end! 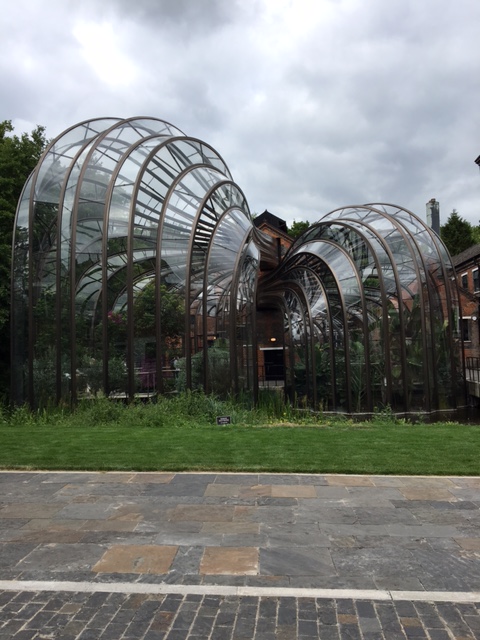 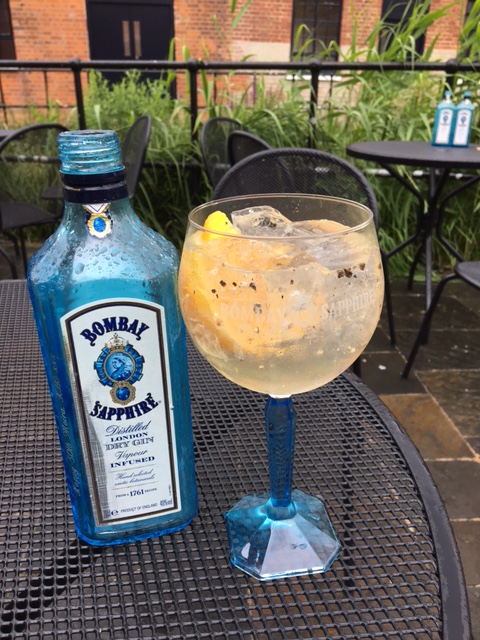 I chose the orange and black peppercorn twist. Yum!

During the weekend, we ate lots (we did a foodshop before), drank and just relaxed. We chilled in the hot tub during the day and the evening.  There is scrabble and jenga left in the cabin for your use. we also went to the Forest retreat on the Sunday afternoon, and sat in the sun with a cider.

It was just a nice chilled out weekend, I highly recommend Forest Holidays if you ever wish to have a cabin getaway in the UK! They do have smaller cabins available for just two people, and there is also a treehouse with a cabin for up to twelve people! 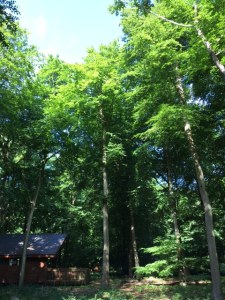