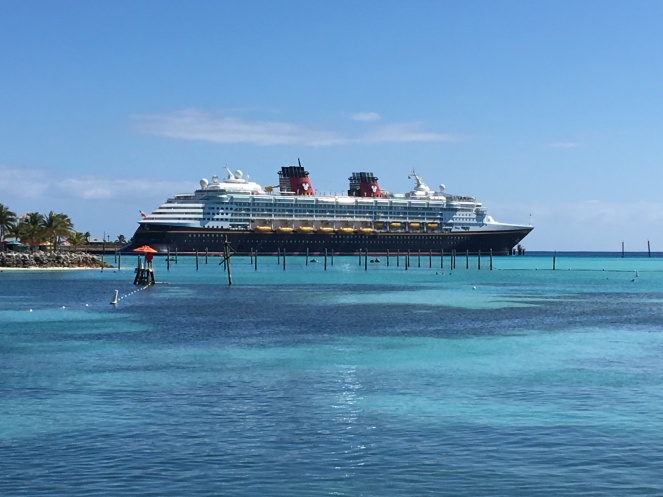 It’s been a while since I blogged, I was so ill for 6 weeks and then cracked two ribs – so I didn’t get out much, or have much energy! But I have bounced back, and managed to get well for my holiday.

I’ve recently returned from my second Disney Cruise, this time aboard the Disney Wonder. We chose the Eastern Caribbean itinerary but unfortunately due to weather, a change was made and we didn’t stop at St Maarten. I was quite upset about it, as I like exploring new places, and this route had the two Caribbean islands, so in the end it was Puerto Rico (as planned) and two stops at Castaway Cay. 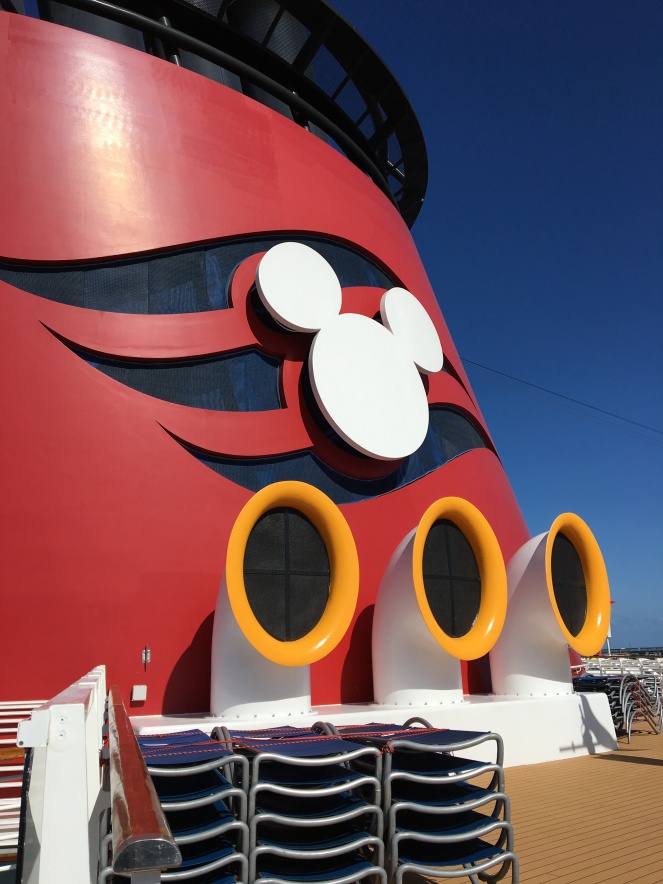 It was very rocky on the first night! Our table mates couldn’t even stay for dinner, I was offered tablets but declined to see how I was. So I think I can safely say now, I don’t suffer from sea sickness!

We had a stateroom on deck 7 with a verandah, we was at the aft of the ship, which I don’t think is as comfy as mid! But as you know to have those holidays, you need to save money where you can.

I liked that the ship was smaller as quicker to get to places, but I definitely preferred the grandiose of the Fantasy, I was totally blown away by the lobby of the Fantasy, so this one felt so small in comparison!

We saw all of the shows – they are such Broadway quality!The Frozen, A Musical spectacular was over an hour long! My favourite shows are the ones where they mix all the films and songs in and you get a bit of everything. One was called The Golden Mickeys which is a play on the Oscars, which was funny as the Oscars was actually on the night before! They are all performed perfectly and get you so emotional. We also watched JunNk, a British group of performers who sing, play instruments and have a wide rang of talents – they was great. Also a new show called acrobatrix, and it was their first time on the Disney Cruise Line. 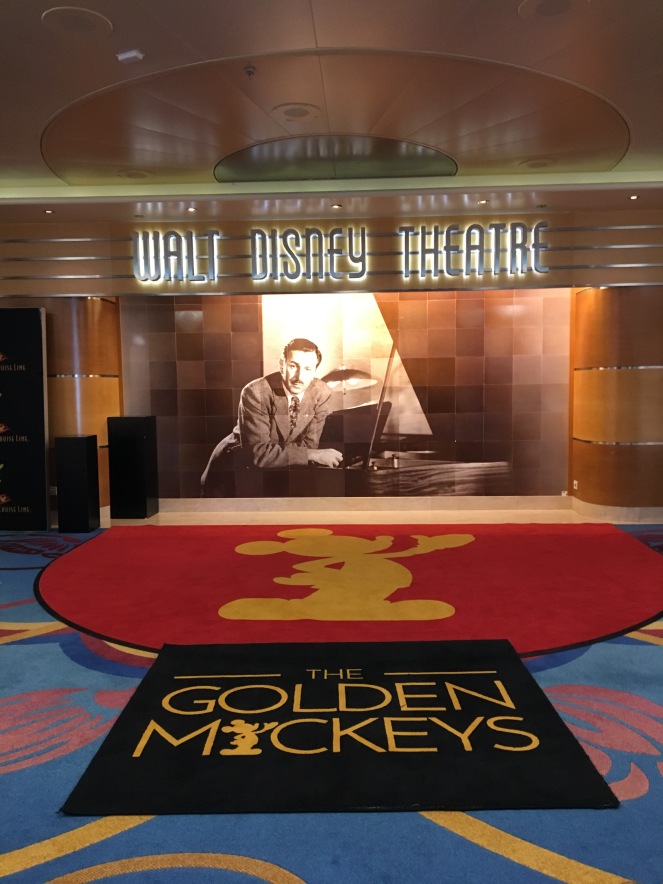 There was amazing cast members on board (as always), I feel like the ships CMs are the tip top ones. Lots of English too, and there wasn’t too many brits on-board as passengers so it was nice to talk to them, and they then recognise you and say hi a lot round the ship.

One thing I love to do is watch The Morning show. Another of my favourite things is the tour round the ship! LOVE this, if you like backstage tours at the parks, this is a must do.

You don’t go backstage on the ship, but you learn a lot of design information and knowledge. For instance, the Disney Wonder is the only ship in the fleet where the lobby is based round the statue – which is The Little Mermaid. So the restaurant is Tritons behind her, and the big light is red to symbolise her hair, the carpets are yellow and blue for the sea and seabed’s. I just love details like this!! 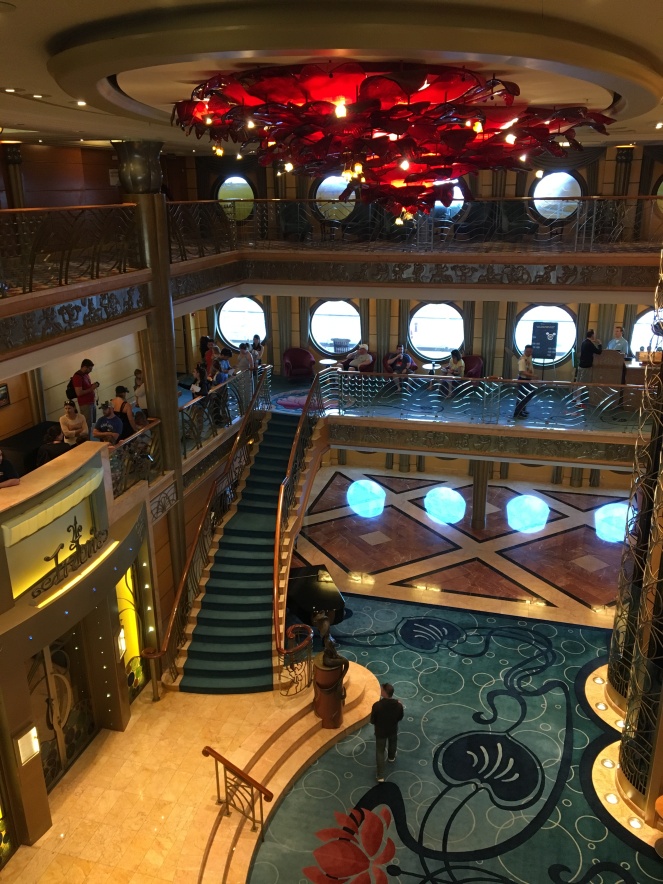 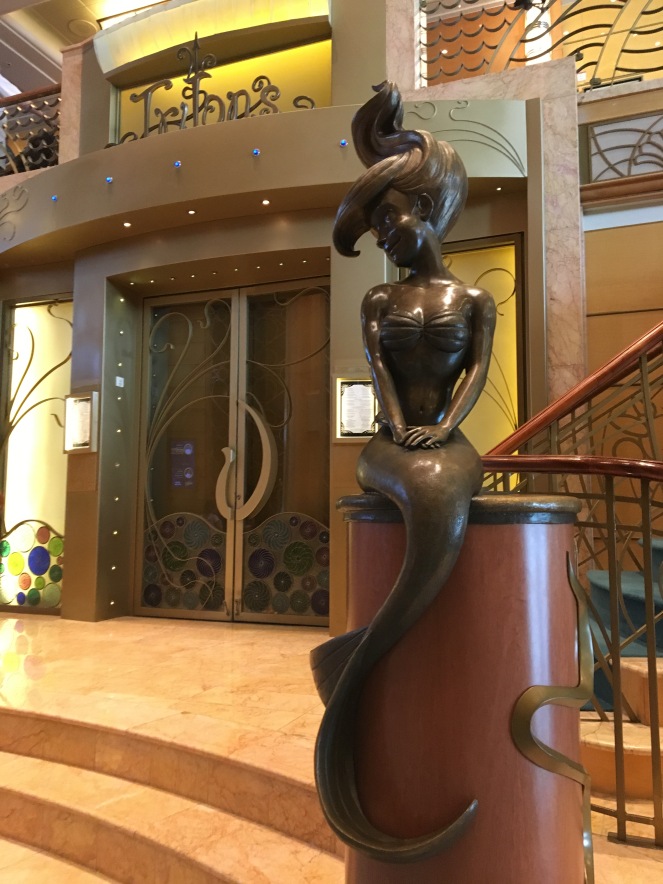 We played trivia, watched Disney Innovations, played shuffleboard, went to a Mixology  class, went to the cinema, character meets, shopped, drank, ate, made new friends, etc – we did it all.

The ships really are amazing, I’m a total convert to Cruise life now and am desperate for more. Bucket list item is to go on all four ships and I’ve seen the information about the new upcoming ships and definitely want to try one of them!

Have you been on a Disney Cruise? Did you love it? Or do you want to? 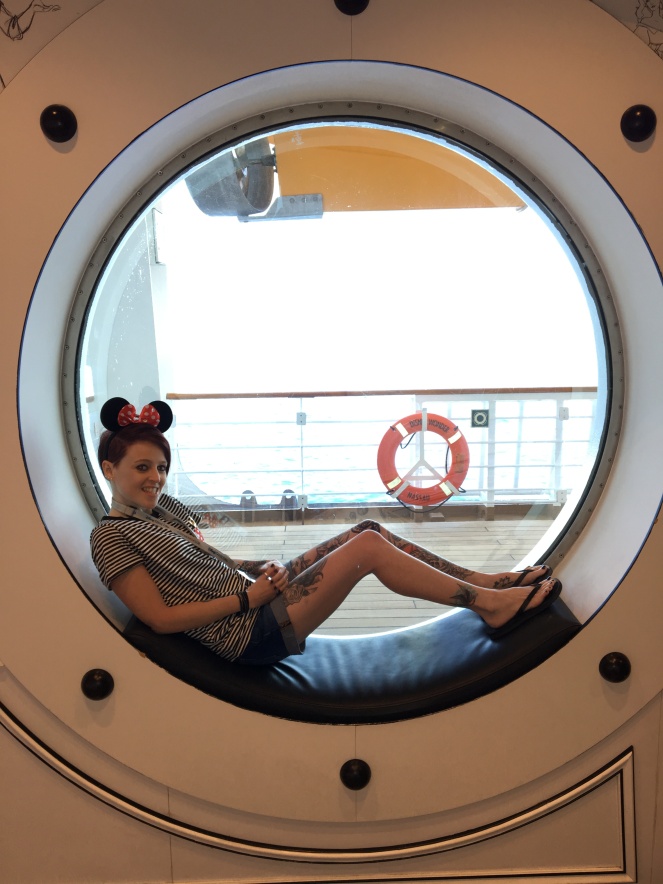