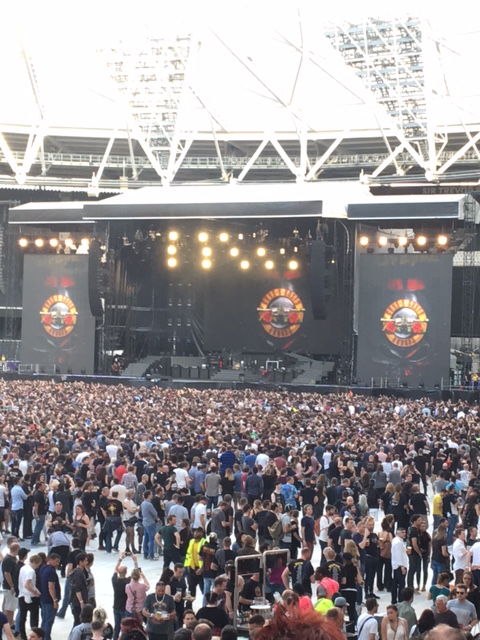 A few weeks ago, I got to tick off another bucket list item – one I never thought I would be able to!

I saw GUNS N ROSES! And even better it was Axl and Slash together!

I’ve loved Guns for a while now, and knew I would never see them, as they had broken up, Slash had left, and also the 90s was over! 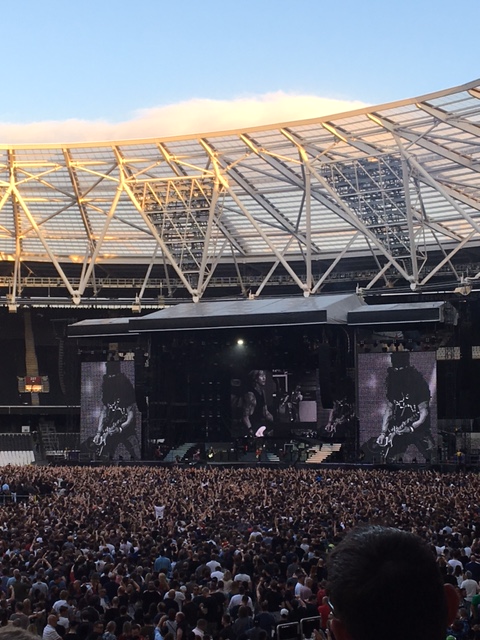 But then last year, there was rumours that the band was getting back together. So I found the official Guns n Roses website, added it to my favourites page, signed up to the emails and literally checked this website once a week!

It was announced they was then going to tour!! I think it was the East they started in, and I was obviously bouncing up and down. Because if they was starting, surely they will hit Europe / London on the way?!

Guess what – they announced a London date! My dad had a credit card which allowed one day presale, so I begged him to get tickets. I only needed two, I didn’t care where – just as long as I got them!!

The gig was at the London Stadium at the Olympic Park in Stratford. Since we had booked the ticket’s, they did announce another show the next day, so they was playing twice in London.

It was amazing! They played for two and a half hours! They sounded great, Slash’s guitar playing skills are legendary. The audience (quite an old audience, as the band have been around for a while now) loved it all. I also admit, when they played my favourite ever song – November Rain, I did shed a little tear as I really didn’t think I would ever hear that song played live!

It really was a bucket list tick! I also got a very cool new band t-shirt!

If they ever come back to London, I’m going again!